​Pier Paolo Pasolini – “Is this a Military Coup D’Etat? I Know…”

[This prose journalism was written in Italy's "Corriere della Sera" (a major left-leaning newspaper) on 14th November 1974. Pasolini died just under a year later, on 2nd November 1975. The mystery as to the motives behind his murder, and those involved, have never been fully explained. The piece is translated from the Italian by Aindriú Ó Domhnaill.]

I know the names of those responsible for what will come to be known as a "military coup d'etat" (and this, in reality, is a series of "instituted military coups d'etats" systematized for the protection of power).

I know the names of those responsible for the massacre of Milan on 12th December 1969.

I know the names of those responsible for the massacres of Brescia and Bologna in the first months of 1974.

I know the names of those who have managed the two different sides, indeed, the two opposites. It is made up of a tension: firstly, an anti-communist phase (Milan 1969) and a second anti-fascist phase (Brescia and Bologna 1974).

I know the names of the powerful group who, with the aid of the CIA (and a second-rate group of Greek colonels in the mafia) they'd created previously (the rest failed badly), with one crusading anti-communist, the plug in the dam of '68, and later on, always with the aid and the inspiration of the CIA, reconstituted anti-fascist virginity, and plugged up the disaster of the "referendum".

I know the names of the sequence of important people who are behind the tragic boys who have chosen atrocious fascist suicides, and the common criminals, Sicilian or not, those who thus have the propensity to arrange them, as if killers and hired assassins.I know the names of those who, between themselves, have given dispositions and assured political protection to the elders that looked after them (in order to keep in place, and to reserve, the potential organization for this coup d'état), from the young neo-fascists, even neo-nazis (in order to create, in concrete, the anti-communist tension) and finally the ordinary criminals, down to this moment, and perhaps forever, those who are without name (in order to create the successive anti-fascist tension). I know the names of this sequence of important people, and that they are behind the comic personages like that general of the forest, the one who was engaged somewhat operatically, in the city of Ducale (while the Italian forests burned), or the dull personages organized purely by the likes of General Miceli.

I know all these names and know all the facts (the attempts on the institutions, and the slaughters) of which they've become guilty of.

I know. But I do not have the proof. I don't even have clues.

I know because I am an intellectual, a writer, one who tries to follow all whom he succeeds, to know all that is written in some way, to imagine all that is unknown or concealed; all that which is also coordinated from afar, to put the disorganized and fragmentary pieces into an entirely coherent political picture, to re-establish logic where arbitrariness, madness and mystery seem to reign.

All of this makes up part of my trade, and is the instinct of my trade. This faith is difficult, this faith that is my one "novel plan", whether in error or not, in that it is not schooled in a connection with reality, and that its real references to facts and persons are inexact. It's a faith, moreover, that many other intellectuals and novelists know well… since I know many of these intellectuals and novelists. Because the reconstruction of the truth proposes itself in what has happened in Italy after '68, and therefore isn't that difficult.

Such truth – she savours herself with absolute precision – is also behind a great amount of journalistic and political participation: what's not of imagination or of fiction has for itself my own nature. Last example: it is clear that the truth was urged, in all its names, behind the editorial of the "The Evening Courier" on the 1st November 1974.

The journalists and the politicians probably also have the proof or, at least, clues.

Now the problem is this: the journalists and the politicians, perhaps also having the proof, and, sure of the clues, do not give out the names.

Who, therefore, is competent to give out these names? Evidently one who not only has the necessary courage but, at the same time, one who will not be compromised by those accustomed to power, and, furthermore, one who doesn't have, by definition, anything to lose: that is; an intellectual.

An intellectual therefore could very well make public those names: but they do not have either proof or clues.

The power and the world that, not being of this power, also holds practical relationships with the power, has excluded these free intellectuals – for this is simply the way in which it is made – from the chance to have proof and clues.

Me, it could be objected that I, as an example, am like an intellectual, and an inventor of history, could enter into that explicitly political world (of the power, or close to the power), compromise with it, and therefore I would participate in the right to having, with one sure high probability, proof and clues.

But to such objections I would answer that this is not possible, because it is simply that I would loathe entering into a similar political world which identifies itself with my potential intellectual courage to tell the truth: that is, to name names.

The intellectual courage for truth and practical politics are two irreconcilable things in Italy.

To the intellectual – deeply and viscerally despised by all the Italian bourgeoisie – this deference to a high command is submitted falsely and is noble, yet in reality you serve them: they who debate moral and ideological problems.

If he puts much more to this command he becomes considered a traitor in his role: the screams undergone by the "treachery of the clerics" (as if no one expected otherwise) is an alibi, and a gratification for the politicians and the servants of power.

But power does not exist alone: an opposition to this power exists also. In Italy this opposition is therefore immense and as strong as the power that resembles it: naturally, I refer to the Italian Communist Party.

At this moment, it's certain that the presence of a great party in opposition, as it is, to the Italian Communist Party is the salvation of Italy and its poor democratic institutions.

In truth the two moral realities are incommensurabilities, understandings in their own concreteness, their own totality. It is possible, just on these bases, to face that "compromise", realistically, perhaps this would suitably save Italy from decay: a "compromise" that would in reality be an "alliance" between two adjacent States, or two States embedded one in the other.

But for all that I've just said in the positive, on the Italian Communist Party, the moment also constitutes what is relatively negative.

With the division of the country into two countries, one sunk up to its neck in degradation and degeneration, the other intact and without compromise, there is no one reason for construction and for peace.

Furthermore, the conception that I have delineated here; my faith's objective, is like a Country within the Country, it's the opposition to what I identify as an other power: a power that is, nevertheless, always power.

Consequently the political men of such an opposition cannot even behave like men of power. In this specific case, at this moment therefore… we look over it again dramatically, to have also deferred to the intellectual mandate established by them.

And, if the intellectual appeals less to this mandate – the purely moral and ideological – it's here that they are a traitor, to the sum satisfaction of all.

Now, why is it that not even the political men of the opposition, if they have – as probably they have – proof or at least clues, do not produce the names of those really responsible, politically, for the actors' military coup and the frightful massacres of these years? It is simple: they do not produce them to the extent that they don't differentiate – with the exception of how much this would become an intellectual – political truth in practical politics. And hence, naturally, the non functionary intellectual is not at all exposed to the current of proofs and clues: not even in their dreams, like the ordinary others, can they date an objective situation of fact.

An intellectual must continue to cling onto themselves, onto what duty must fall to each of them, to just repeat the codified mode of participation.

I know well that it is not the case – at this particular moment of Italian history – that the public make one motion of distrust against the entire political class. This is not diplomatic, it is not opportune. But these categories of politics, not the political truth: are the ones which – when he can and as he can – the impotent intellectual is obliged to serve.

Well, just because I cannot produce the names of those responsible for the attempts of the coup d'état and the slaughters (and in place of this) I cannot articulate my weak self and its ideal accusation against the entire Italian political class.

And I face how much I believe in politics, my faith in the "formal" principles of democracy, my faith in Parliament and faith in parties. And naturally through my own particular optical view this is the Communist one.

Others will only be ready to retract my motion of distrust (this standpoint or others) when a political man – not for an opportunity, not because the moment has come, but rather in order to create the possibility of such a moment – will decide to produce the names of those responsible for the coups d'état and the slaughters, one who evidently knows, like me, they cannot not have proof, or at least clues.

Probably – if American power concurs with this – if it even "diplomatically" decides to grant another democracy, whom American democracy has purposely accepted in the form of Nixon – these names sooner or later will come out. But those that produce them will be men who have shared in this power: as those least responsible against those more responsible (and not when saying, as in the American case, that they are better). This would after all be the true Coup d'état. 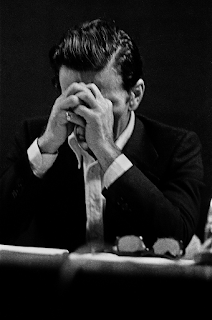 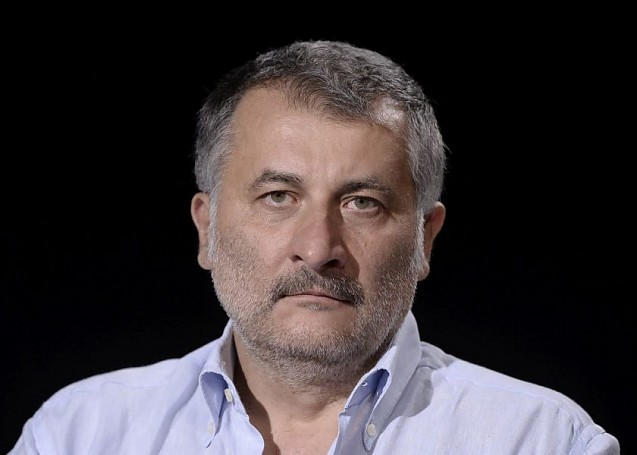 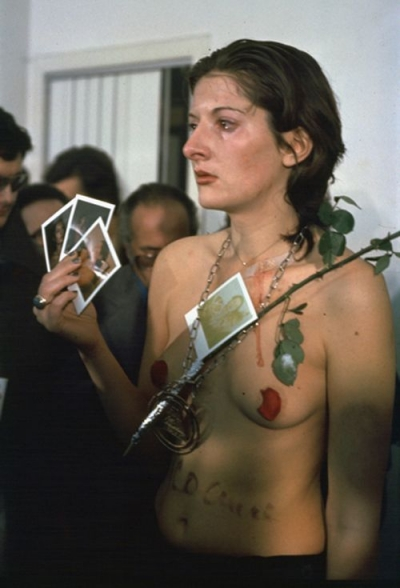